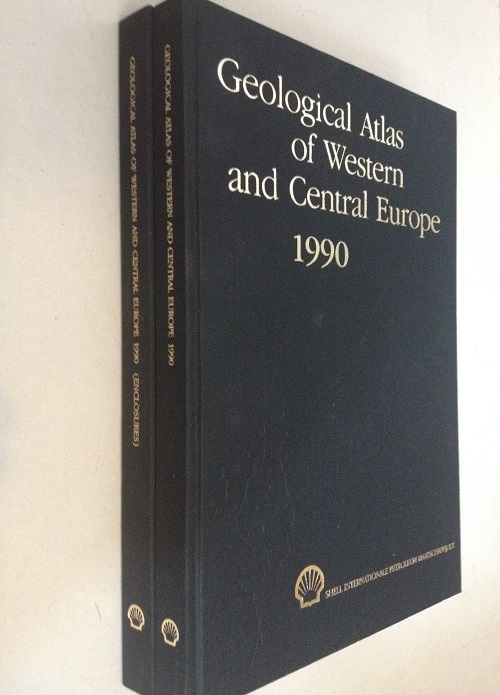 2nd rev ed, Text: 239pp, inc. 100 figs, cloth, A4 + 55 loose enclosures in cloth covers signs of shelfwear on slipcase, otherwise as new In this completely revised edition of the Atlas the geological evolution of Europe is discussed in a broad plate tectonic framework on the basis of 26 palaeogeographic maps (late Silurian to Mid-Pliocene) supported by 9 tectonic and geological maps, 7 isopach maps and 9 stratigraphic correlation charts. The Atlas is based on data gathered by the Shell Group of Companies, in the course of their exploration efforts in the onshore and offshore sedimentary basins of Western and Central Europe, and on published literature. Far from being a reprint of the original Atlas published in 1982, this new edition contains 56 enclosures compared with 40 in the first edition. The text has been completely rewritten and the number of text figures has increased from 29 to 100. Peter Ziegler has taken the opportunity to summarize in the new edition his studies on the evolution of the Arctic-North Atlantic rift system, the Western Tethys and Laurussia, in an effort to place the geoloigical evolution of Western and Central Europe in a global-tectonic framework. The Atlas offers superb value for money at under £50 which was the same price as the first edition, which sold over 4000 copies, back in 1982.