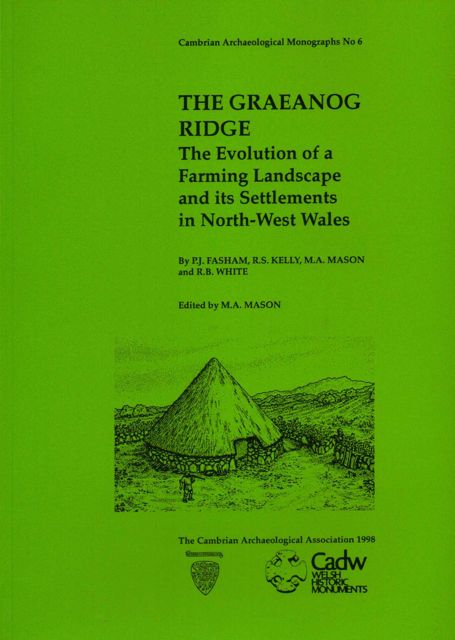 xx + 177pp, inc. 23 plates + 55 figs, laminated card, A4 new Excavations in the 1970s and 1980s, near Clynog on the Llyn peninsula of Caernarfonshire. These revealed an important group of Iron Age /Roman stone hut circles and the report includes a discussion of their typology and dating. There is useful evidence from pollen analsis showing the human impact on the landscape from Neolithic to early modern times, together with the pioneering application of phosphate analysis to provide occupational information. There is evidence for settlement continuing into the early medieval period.