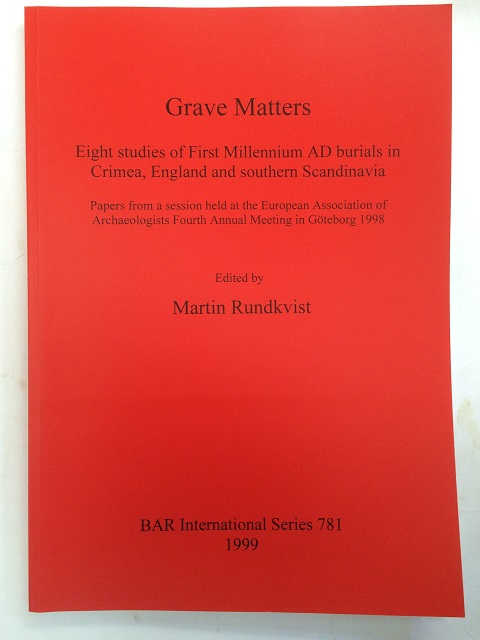 v + 110pp, inc. 63 figs, 5 tables, laminated card, A4 ex lib with numerous stamps including one on the page edges, card cover slightly marked, bookplate inside front cover This collection of papers is taken from a session entitled Provincial Roman and Germanic burials in the first millennium AD , held at the European Association of Archaeologists Fourth Annual Meeting in Goteborg in 1998. The papers deal with Scythian cemeteries in Crimea, burials in Anglo-Saxon England and southern Scandinavia between the middle and second half of the first millennium AD. The overall theme running through the papers is the presence of ethnicity and social status seen through material culture and burial customs.