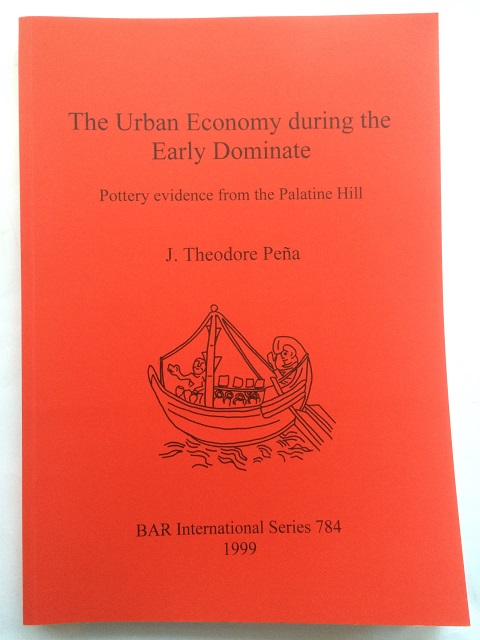 The Urban Economy during the Early Dominate :Pottery evidence from the Palatine Hill

viii + 231pp, inc. 38 figs, 15 tables, laminated card, A4 ex lib with numerous stamps including one on the page edges, Christ Church archive, bookplate inside front cover A detailed study of a pottery deposit found during investigations on the Palatine Hill. This material was used and discarded during the period c.AD 290-315, at a time when a number of reforms were underway in light of the early years of the new imperial system and associated changes in economic organisation. The six campaigns of excavation, between 1989 and 1994, revealed a substantial quantity of material which is presented here. A general introduction to the urban economy of the time is followed by an in-depth analysis of the ceramic material.

Title: The Urban Economy during the Early Dominate :Pottery evidence from the Palatine Hill

The Urban Economy during the Early Dominate :Pottery evidence from the Palatine Hill