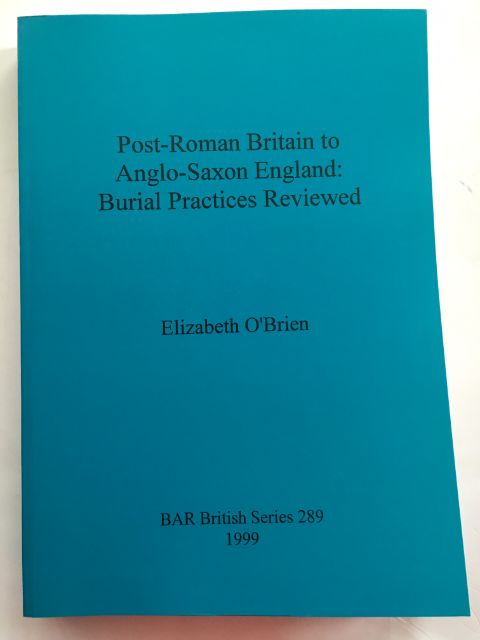 viii + 204pp, 33 figs, 20 tables, 50 maps, laminated card, A4 ex lib with numerous stamps including one on the page edges, Christ Church archive, card cover slightly marked, bookplate inside front cover A general review of burial practices from the Late Iron Age up to and including the Anglo-Saxon period. Elizabeth O'Brien's study includes evidence for burial rites, human remains, burial structures and enclosures, and brief mention of grave goods where they appear. She seeks to explain, through literary references as well as the evidence cited, why certain burial practices were used and where they were influenced from. More than half the book is devoted to a database of cemetery and burial data compiled by the author.