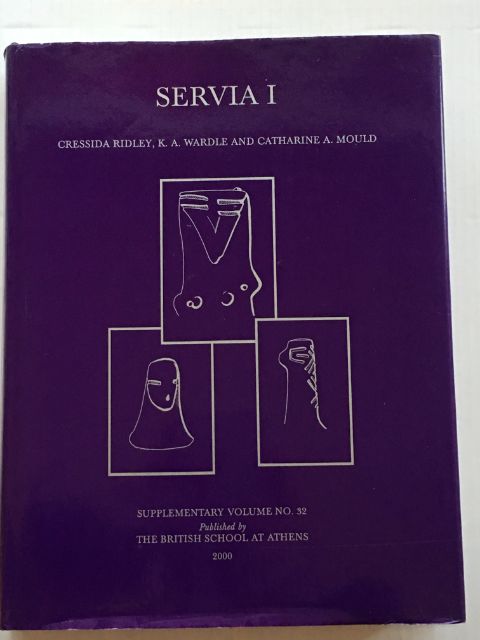 xxx + 370pp, inc. figs, tables & plates + CD, cloth, jacket, 4to jacket edges slightly bumped The rescue excavation at the prehistoric mount of Servia beside the river Haliakom aimed to discover its history and character before flooding in 1974 by A.J.B. Wace and was confirmed by the limited excavations of W.W. Heurtley in 1930. The joint Anglo-Hellenic project of 1971-73 revealed a wealth of new information about the changing architecture, material culture and economy of this community. The first volume of the report includes the account of stratigraphy and chronology and of the large one and two storey houses of timber and clay. The tools, ornaments and other objects of stone, clay, shell and metal illustrate the raw materials used—stone from the nearby river bed or sea shell from 50 km away—and the domestic activities within the settlement—food preparation, carpentry or weaving—which reflect the essential self sufficiency of these communities. Plant remains recovered illustrate agriculture and food production in the context of the interaction between man and his environment in this fertile valley. A later volume will present the pottery, together with objects of bone and antler, flint and chert, and a discussion of the distribution of the finds in each phase of the site's long history.

Publisher: The British School at Athens: 2000