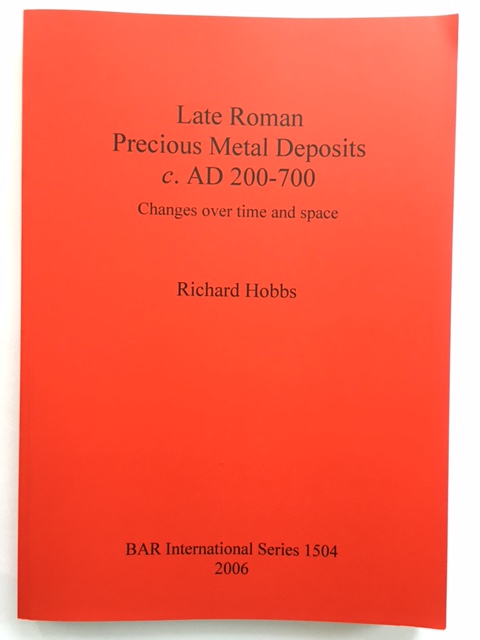 ix + 282pp, inc. 60 figs, 78 tables, laminated card, A4 card cover marked This monograph examines the deposition of precious metal artefacts in the late Roman and early Byzantine periods (from c. AD 200 to AD 700) within and beyond the frontiers of the Roman Empire and its successor states. The primary foci of the study are the size, date range and spatial distribution of these finds, with less emphasis on specific aspects of artefacts themselves and the specific contexts in which individual deposits were found. The immense chronological and regional scope allows broad changes in deposition patterns to be presented and examined. And a variety of possible interpretations of these patterns are offered in the final chapter.