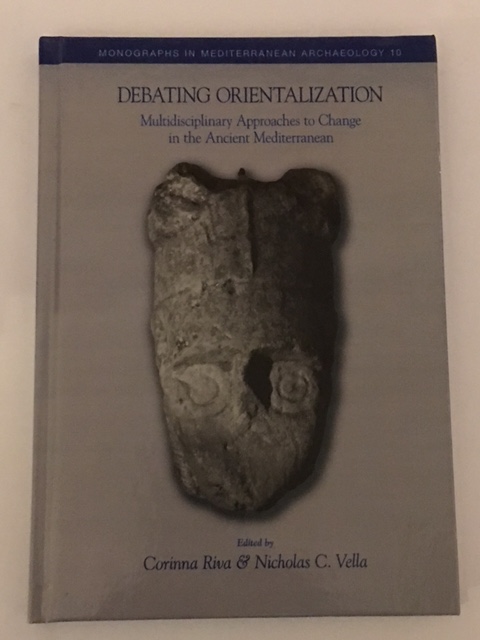 Debating Orientalization :Multidisciplinary Approaches to Change in the Ancient Mediterranean

viii + 170pp, inc. figs, laminated board, 8vo new Initially coined by art historians in the second half of the nineteenth century to denote an ambivalent artistic style and period, 'Orientalizing' has been invariably used to describe a phenomenon, a revolution, or a movement. Regional developments and innovations in the ancient Mediterranean have been explained by reference to an Orient, the metaphorical bazaar containing the artistic opulence and social sophistication that spread to the West and changed it. Debating Orietalization brings together papers presented at a symposium held in Oxford in 2002 to debate the theme of ancient Orientalization. The volume reassesses the concept of Orientalizing, questioning whether it is valid to interpret Mediterranean-wide processes of change in the Late Bronze and Early Iron Ages by the term Orientalization. Like the ancient Mediterranean itself, the list of contributors is multicultural, and their contributions multidisciplinary, combining various strands of archaeological and textual evidence with different methodological approaches.

Debating Orientalization :Multidisciplinary Approaches to Change in the Ancient Mediterranean