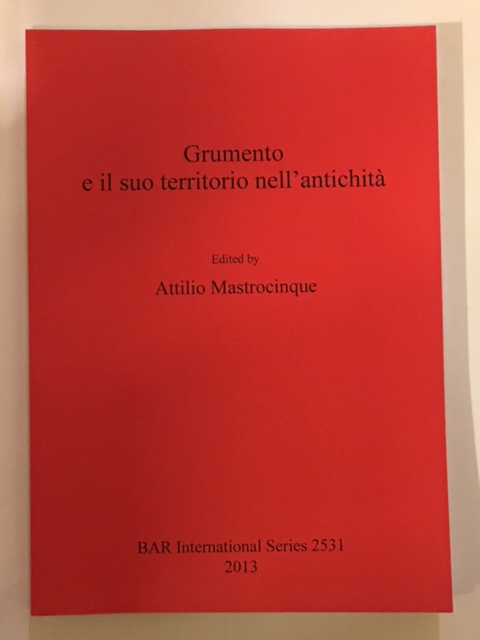 Italian & English lang, 263pp, inc. many b/w & coloured figs, laminated card, A4 as new Roman and Lucanian Grumentum (Potenza province, southern Italy) represents a good archaeological case-study of a site over which no modern city has been built. It was abandoned at the end of the 11th century AD and used as a cultivation area for centuries. The sites provide a highly interesting sequence of data, concerning the first human settlements, the ?Enotrian' and ?Lucanian' phases, the founding of the first city (3rd century BC), the Romanization and the founding of the Roman colony around 50 BC. This book presents the proceedings of a conference on the sites, held in Grumento Nova itself in April 2010. The range of topics is large, from stratigraphical excavations to history, from epigraphy to archaeometry. The chronological range is also wide, from prehistory to modern age.