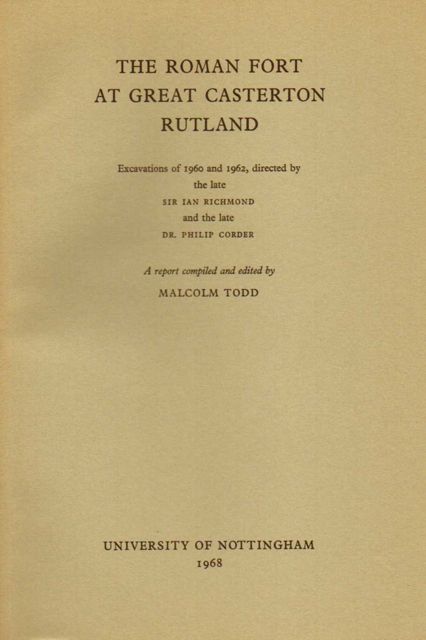 55pp, inc. 24 plates & figs, card, 8vo A Claudian fort identified by air photography presumably built before 47AD at the time that the Coritani were subdued, and intended to hold part of the 9th Legion. It was reduced in size around 70AD and abandoned about 80AD. The fort is adjacent to the later Roman Town.