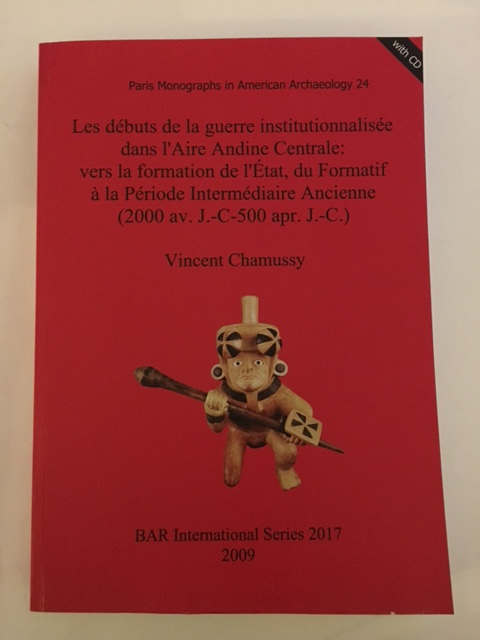 French lang, v + 383pp, inc. many b/w illus + CD, laminated card, A4 This volume examines the origins of institutionalised warfare in the Central Andes. Chumassy shows that the region did not experience institutionalised warfare for several millennia during the Formative Period (3000-200 BC), with peaceful theocracies predominating. From the 2nd century BC, however, evidence of warfare starts to appear in the north/central valleys in the form of numerous fortresses and weaponry as well as in iconography. He argues that this is the result of the arrival of a new population from the north east... View more info